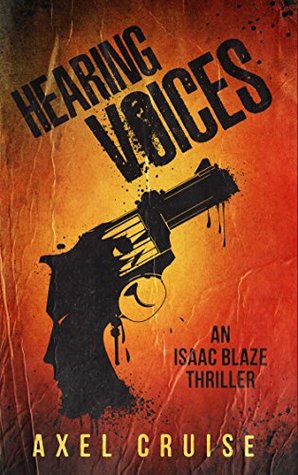 
“You’re a dead man,” he yelled.
“That’s great. Now answer the question.”
–Isaac Blaze
Isaac Blaze.
A quick wit, zero allegiances, and every major government agency after him. He’s also got two voices in his head. Neither of which is particularly helpful. Or care to be.
But at least he’s never been caught.
Hell, he’s barely even come close.
So when finally a SWAT team does actually manage to take him in – and with such ease at that – they probably should’ve been asking themselves: why?
Too bad they didn’t.
A lot of people got killed.

Goodreads / Amazon
—
Q&A with author Axel Cruise
RG: How did you get into writing? Is it that classic story of long-time reader who decides to pick up a pen?
AC: To be honest, I’m a TV man. Always have been. Right from when I was a kid. I’d come home from school and just sit and watch.
RG: Your parents must have loved that.
AC: Ha! Yeah, it wasn’t exactly a great hobby in their eyes—or my homework-hungry teachers for that matter. I frequently got the (wags finger) “Watching TV won’t get you anywhere” speech.
RG: I think we’ve all been on the receiving end of that one. So did you have to sneak in your TV time?
AC: Well, luckily I was a quick kid. So whenever I got the speech, I’d just calmly wait for the list of supporting reasons to come to an end—square eyes, kills brain cells, doctors and lawyers don’t watch TV—and then I’d say, “But what if I want to make TV shows?”
RG: Oooh, good answer. That must’ve driven them crazy!
AC: Yeah, you bet. But then again, I never got more than a derisory headshake. So I was pretty confident I was on to something.
RG: (Nodding whilst holding a copy of Hearing Voices) Seems you were.
AC: (Smirks) Well, all right, it was a little more than that. I mean, you have to understand, I wouldn’t just be sitting there. It wasn’t a passive activity for me. It was a whole experience. I’d really see myself in the show. As one of the characters.
RG: Any TV shows in particular?
AC: Not really. I watched pretty much everything. Anime, sit-coms, superheroes—I loved them all. Even stuff I was a little too young to understand. Like for example Seinfeld or Married with Children, when I was only five or six.
RG: OK, so it was through copious watching that you subconsciously picked up the fundamentals of story production?
AC: Yeah. Without knowing it, I was absorbing the dialogue, learning about story arcs, understanding how to pace your plot—all of it.
RG: I think Ben Stiller had a similar theory for himself. He wasn’t just watching TV, he was studying it. Were movies a big thing for you?
AC: Not really. But only because we (the family) never went.
RG: OK, let’s turn back to the written word. You’re an avid reader, so when did your love of books take flame?
AC: When I was about 16.
RG: 16? That’s late.
AC: Like I said, I’m a TV man. But then I really got into reading. Biographies and how-to books, mostly. My mum was always into bios and she encouraged me to read all the time. Eventually I gave it a try, and—surprise, surprise—I found I quite liked it.
RG: Which biographies?
AC: I read a lot of entrepreneurs—Alan Sugar, Richard Branson, Steve Jobs. I remember reading Arnold Schwarzenegger’s in university. That was a definitely a game changer for me. If you need a kick up the ass to get going, read that. It’s called Total Recall.
RG: What about fiction? When did that start?
AC: When I picked up my first Lee Child.
RG: Which one?
AC: Number one. Killing floor. I was in a bookstore, leafing through the selection, and I found this orange book (the UK version) and I read, I was arrested in Eno’s diner. At twelve o’clock. I was eating eggs and drinking coffee. A late breakfast, not lunch… I didn’t put the book down. (Note: Axel can quote the first chapter by heart. He’s read it that many times.)
RG: Who are your favorite authors?
AC: (Blows air out of cheeks) Where to start? I mean, obviously, you’ve got the big guns: Child, Chandler, King, Cole…(coughs) Cruise…Elmore Leonard, Michael Connelly, James Patterson, Karin Slaughter; and then you’ve got the lesser known, but equally incredible: Alan Glynn, Chuck Palahniuk, and whoever wrote that creepypasta about the Russian sleep experiment—damn thing gave me nightmares for weeks!
RG: Are there any self-published authors you particularly look up to?
AC: All of them. Seriously. Because we’re all cut from the same cloth. We’ve been rejected, beat down, told “no”. Doors slammed shut, dreams taken away. But. We didn’t stay down. We got up. Grabbed on to what we want and we’re not going to let go. I’m extremely proud to be part of the self-published community. 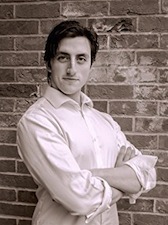 Author Bio:
Axel Cruise is the author of the highly acclaimed psychological thriller Hearing Voices—the first in the Isaac Blaze series.
Check out what Readers’ Favourite is saying here: https://readersfavorite.com/book-review/hearing-voices
Axel is known for his ability to craft fast paced interweaving storylines, but primarily it’s his ‘cool’ and ’compelling characters’ and ‘dialogues that read so naturally’ that draws in audiences, with readers and reviewers likening Isaac Blaze to icons such as Deadpool and Jason Bourne.
British born, Axel grew up ‘pretty much in front of the TV’, and, in much the same way as Quentin Tarantino with films, Axel credits his incredible consumption of TV shows for his extensive knowledge of story craft. Some personal favourites include: Spiderman TAS (‘the best thing Marvel ever made’), Seinfeld (‘the best show ever made’), Buffy the Vampire Slayer, and Dragonball Z.
Of course, Axel is a voracious reader, too. His prefences for reading and writing are expressed well in a recent interview and the question of plot vs character:
"Look. Plot’s important, yeah. But really, I just want to see cool characters doing cool shit."
You can check out the full Author Interview with Axel, here: http://www.axelcruise.com/interviews