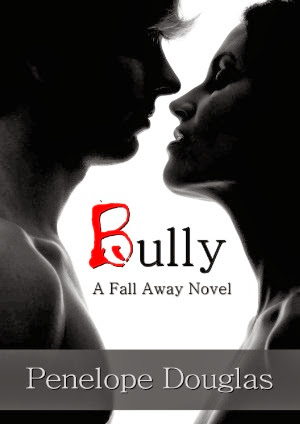 My name is Tate. He doesn't call me that, though. He would never refer to me so informally, if he referred to me at all.

We're neighbors, and once, we were best friends. But then, one summer, he turned on me and has made it his mission to screw up my life at every opportunity. I've been humiliated, shut out, and gossiped about all through high school. His pranks and rumors got more sadistic as time wore on, and I made myself sick trying to hide from him. I worried about what was around every corner and behind every door.

I spent a year studying abroad and bathed in the freedom of life without Jared. Now I'm back to finish up high school and get the hell out of here forever. I'm hoping that after a year of breathing room, he's moved on and forgotten all about me.

But even if he hasn't changed, I have. I'm not interested in avoiding him or turning the other cheek anymore. We're going to go head to head, because neither of us wants to back down.

Then one day, out of the blue, I lost you, too. The hurt returned, and I felt sick when I saw you hating me. My rainstorm was gone, and you became cruel. There was no explanation. You were just gone. And my heart was ripped open. I missed you.

This was a pretty interesting read for me. Tate and Jared used to be best friends. They were like inseparable, but now Jared hates Tate. She isn’t sure what she did or why he suddenly hates her. He’s spread rumors and made Tate isolated from her peers, but now Tate is going away to France and when she comes back she’s a completely new person. Tate will not let Jared belittle or hurt her anymore even if it means hurting him back.


Although close to the ending we find out why Jared treated Tate the way he did it is understandable but not! justifiable. Just because someone hurt you that doesn't give you the right to make someone else feel miserable & terrible just because of your suffering, that is just effed up! However, I do believe in redemption and that forgiveness and second chances should always be granted (if deserving), so I do like that the two found their way back to each other but, I kind of felt like Tate's forgiveness of Jared was a little two fast after years of torment.


Overall, I still enjoyed reading this book a lot! Can't wait for the second book. It's all about Madoc! Yay!!